Allendale, NJ (June 1, 2020) —When Telemetrics introduced its reFrame® Automatic Shot Correction technology as a key feature of its RCCP seriescamera control panel in 2017, it was clear that the ability to lock cameras onto the talent and automatically trim the shot, without the operator ever having to touch the controls, would change the industry’s approach to robotic camera control. Now they could focus on other aspects of the production while leveraging AI to help ensure studio operations are more consistent, creative, and cost-effective. 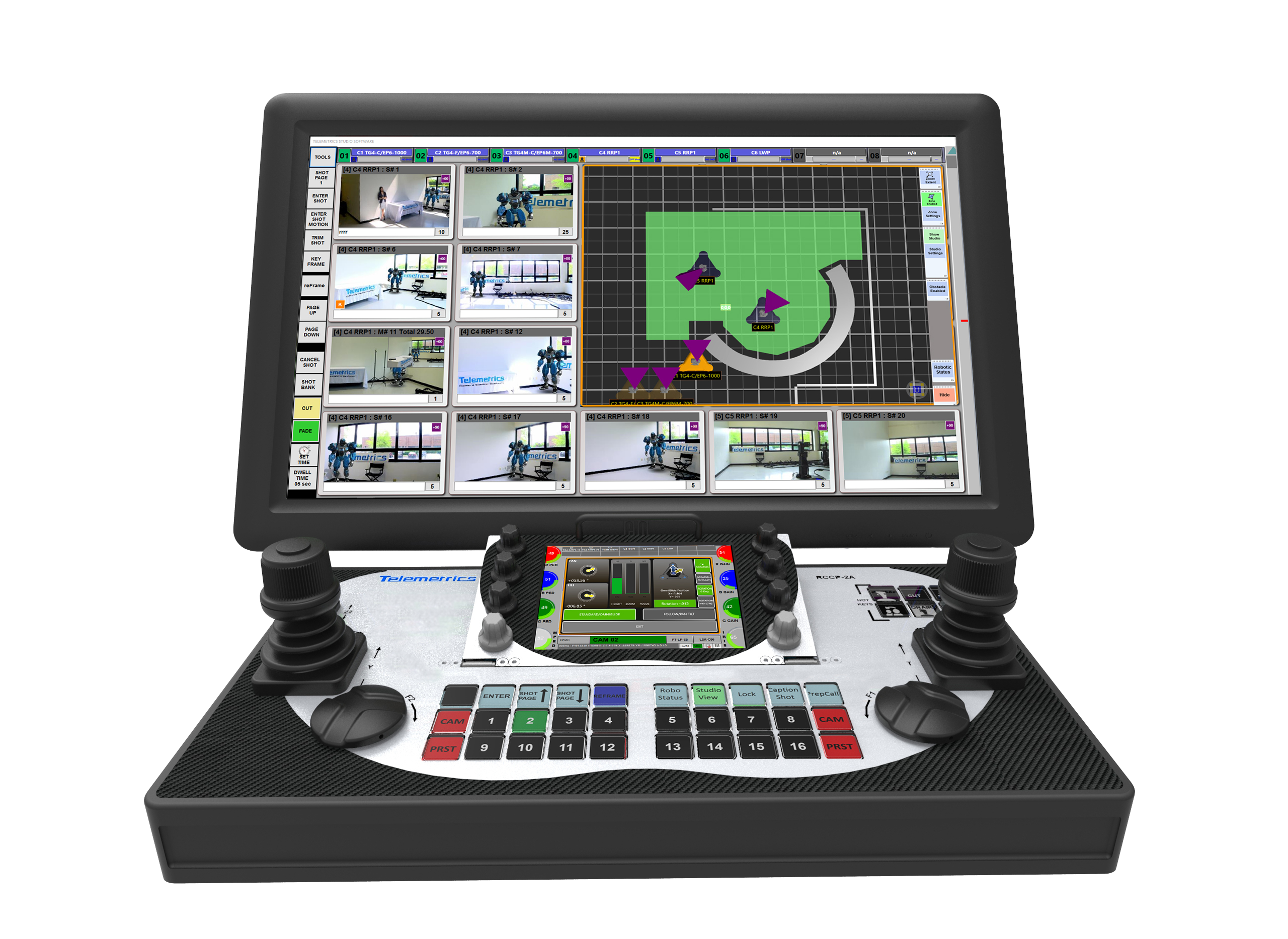 With its latest RCCP-2A Robotics and Camera Control Panel, Telemetrics has continued to improve its control systems with new artificial intelligence (AI) and facial recognition algorithms that allow the RCCP to track several people with multiple cameras simultaneously.

“We’re layering object-tracking on top of our facial tracking, so reFrame becomes more robust,” said Michael Cuomo, Vice President of Telemetrics. “ When a person turns around, we can still track them because the system intuitively knows that that face and body was there before. Other systems can’t do this.”

New rules for how the system behaves have also been added, enabling the operator to determine when they want reFrame to track an object or person and when they don’t. The new improvements have also facilitated better pan/tilt/zoom and focus capabilities.

Telemetrics offers reFrame on its RCCP-2A control panel with either the optional Studio (STS) or Legislative (LGS) software packages. The innovative technology ensures that on-screen talent remains in frame despite their moving about or slouching in their seat. With its AI and facial recognition algorithms the software can run a production in a fully automated mode without operator intervention. Also, the functionality of the control panel’s top row of eight TeleKeys™ is dynamic, adapting to the operator’s commands as they define predetermined actions to run a production in fully automated mode—with the control panel automatically switching and adjusting cameras as required.

RCCP STS Studio Software
The STS bundle, predominantly used in TV production studios, includes a Studio View feature that enables users to work with a 3D display of their studio environment and quickly see the location of Telemetrics robotics and set pieces within that space. A 3D model of the user’s studio can be imported into the panel to be processed and integrated with the software, providing complete positional awareness of all studio robotics in order to make the operator’s job a lot easier, and safer.

The STS control panel also features a selectable Robotics Status display to show all major robotics parameters—such as pan/tilt angles, elevation height, rotational status, lens information—for any selected camera, at a glance. Quick access to custom overlays, stored presets and built-in intelligence for all robotic cameras within a system allows the user to easily select the best camera angles, and add graphics, with one button press. The system also includes the ability to internally store snapshot thumbnails for easy shot identification, as well as a live video preview output.

RCCP LGS Legislative Software
Telemetrics’ LGS software bundle is now used by dozens of governmental agencies and departments around the world to cover regular proceedings and keep the public informed. An operator with limited production skills can pick any subject within a large chamber they want to feature on camera and store their facial profile into the system. The operator then simply pushes an icon for that person on the control panel’s touchscreen interface and the system automatically moves the corresponding camera to that person, focuses and trims the shot, and inserts the required title graphic. The LGS software also includes the Robotics Status display.

As with all of Telemetrics products and systems, by using the RCCP-2A control panel with reFrame, productions benefit from error-free workflows done cost-effectively, consistently, and with increased production value.

Founded in 1973, Telemetrics revolutionized television camera control with the development of Triax control systems and continues to be a pioneer of innovative robotics and camera control systems used in the Studio, Legislative, Military, and Education markets. The company began designing, manufacturing and supporting its own camera robotics systems in 1979, and ceiling and floor camera track systems in 1981.  Today, Telemetrics offers the OmniGlide® Robotic Roving Platform, the ever-expanding series of Robotic Camera Control Panels, the S5 line of Pan/Tilt heads, the Televator® family of motorized columns, and ceiling- or floor-mounted TeleGlide® track systems. Telemetrics is committed to making the most reliable, durable, and dependable television broadcast robotics ecosystem in the world…products that can be built on for decades, not just years.

Reply on TwitterRetweet on TwitterLike on Twitter1Twitter
Load More...