Winners Were Chosen Based On Value For Money, Feature Set, And Ease Of Use.

Allendale, NJ — At the recent 2022 NAB Show, Telemetrics, a pioneer in robotic camera control, was awarded “Best of Show” from the Editors of TV Technology magazine for the new reFrame™ Server. The new solution extends the flexibility and highly precise talent tracking of the company’s artificial intelligence (AI)-assisted reFrame Automatic Shot Correction software to more cameras in a production studio or event space.

The prestigious award recognizes outstanding products and solutions from the technology and media industries exhibited at this year’s NAB show in Las Vegas, with entries being considered for their innovation, prowess and capabilities.

The TV Technology “Best Of Show” awards are fiercely competitive, with hundreds of nominees throughout various categories. Award winners were selected following a rigorous judging process that evaluated value for money, feature set, ease of use and general merits of what it can offer users.

“With live events coming back to the forefront and becoming commonplace again, this year’s Best of Show awards were expected to be more competitive than ever – and it didn’t disappoint,” said Tom Butts, Editor-in-Chief of TV Technology magazine.

New to reFrame this year (although it was developed in 2020), is Ultra-Wide Band sensors that add a third layer of tracking to go with its proven facial and object tracking. This offers greatly improved accuracy when tracking people on camera. This serves as a real-time location or spatial awareness technology that has made reFrame the most accurate and reliable talent tracking software on the market.

“As we gradually move back towards normality with live shows and events, this year’s NAB was a great platform to showcase our new reFrame Server to a wider audience,” said Michael Cuomo, Vice President of Telemetrics. “With the new reFrame Sever, we’re now able to expand the functionality of the robotic camera control systems. Having Talent tracking active on multiple cameras at the same time makes it even easier for operators to use control system.”

Pre-loaded reFrame software comes standard on both Telemetrics STS (Studio) and LGS (Legislative) software for the RCCP-2A Robotic Camera Control Panel. The server takes the video sources directly from all of the cameras and automatically routes it to the appropriate camera so it can process the tracking data. This video can also be automatically routed to the server from the control panel. It also allows multiple RCCP systems to share the server, so users don’t need a server for every controller, saving them install time and money by not needing extra devices.

The new reFrame Server is ideally suited to remote production, whereby the server is situated at the remote site and multiple RCCP systems can connect to that server from production facilities located anywhere in the world. In this way the server does all of the processing locally without the inherent latency or network delays of similar workflows. While back at the main product facility, the operator uses the RCCP to instruct the server to switch to different profiles.

“By utilizing the reFrame Server, the operator in front our control system to no longer just calling up presets and then having to manually adjust those presets with network latency and video delays,” said Cuomo. “They can now use the reFrame Profiles and have the server correct for those minor adjustments in real time at the remote site.”

The new reFrame server is now shipping (it’s already in the hands of a few customers) and can be ordered as a new product or as an add-on to existing compatible robotics systems.

As the first manufacturer in the industry to introduce automated facial tracking in robotic camera control systems back in 2016, the company’s popular Robotic Camera Control Panel (RCCP-2A) with reFrame continues to improve. It now combines the best tools for automated tracking, enabling users to more accurately track talent or live presenters as they move and turn their heads on camera. For example, if someone is not facing directly at the camera, the system will still track them and keep them perfectly centered in the frame at all times.

Founded in 1973, Telemetrics revolutionized television camera control with the development of Triax control systems and continues to be a pioneer of innovative robotics and camera control systems used in the Studio, Legislative, Military, and Education markets. The company began designing, manufacturing and supporting its own camera robotics systems in 1979, and ceiling and floor camera track systems in 1981.  Today, Telemetrics offers the OmniGlide® Robotic Roving Platform, the ever-expanding series of Robotic Camera Control Panels, the S5 line of Pan/Tilt heads, the Televator® family of motorized columns, and ceiling- or floor-mounted TeleGlide® track systems. Telemetrics is committed to making the most reliable, durable, and dependable television broadcast robotics ecosystem in the world…products that can be built on for decades, not just years.

It wasn’t only the Editors of #tvbeurope that noticed the new wireless transmitter option for the @Telemetrics OmniGlide Robotic Roving Platform (who gave it a “Best of Show” award). Have you seen it? Sales@telemetrics.com.
#ibc #ibcshow #tvbeuropeaward #studio #production 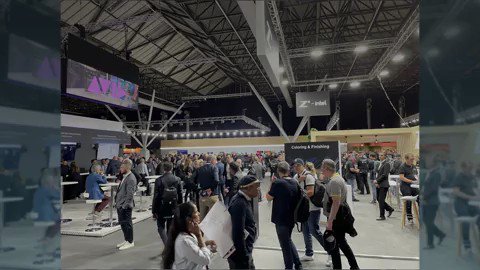 Wrapping up the final day of the #2022IBCShow, @Telemetrics had a wonderful experience. We encourage you to reach out with questions. Thanks to the #IBC for putting on a great show. See you next year!! Sales@telemetrics.com. 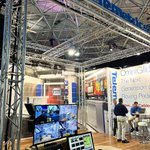 The @Telemetrics OmniGlide® Battery/Wireless Transmission system has been awarded a #BestofShow award from the Editors of @TVBEurope magazine for its role in advancing the robotic studio camera pedestal. Congrats to the Telemetrics Engineering team!!
Sales@telemetrics.com
#ibc 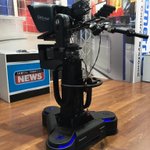 Reply on TwitterRetweet on TwitterLike on Twitter2Twitter
Load More...